One of the best strategies to help build a social media presence within your industry is to follow the example of influencers in your industry. These are people who have a significant following on social media, who tweet a lot and have shown a willingness to share content from others or respond to their followers. If you are able to build a rapport with these influencers and follow their lead in terms of how they use their social media channels, you will be able to build up your online audience more quickly.

Ever since Twitter started to be considered a viable marketing channel, people have been pushing the use of hashtags as a marketing tool. However, as more and more users have flooded Twitter and ultimately introduced bots, it’s not at all uncommon for hashtags to be taken over by spam.

Does this mean hashtags are becoming irrelevant? Or does it simply mean we need to evolve in terms of how we use them?

To answer this, let’s consider how influencers are using hashtags. Here is a quick overview:

Many influencers don’t use hashtags regularly

Before we analyze exactly how hashtags are being used, it’s important to note that there are many influencers who simply don’t use hashtags, or at least not regularly. One study took a look at 15,000 tweets sent by 30 of the most influential tweeters in the world of technology, innovation and marketing. Out of those tweets, only about 1,900 used any hashtags, accounting for about 13 percent of all the tweets analyzed. Approximately 25 percent of those hashtags came from a single user of those 30, twice as many as the next closest user.

Of course, this doesn’t necessarily help small business owners who are attempting to build a digital following. Influencers might not need to rely on hashtags as much, because they’ve already built a solid audience. So let’s take a look at how hashtags are being used.

Generic hashtags are the most popular

Contrary to what some people believe, you don’t necessarily need a branded hashtag to build an audience. While branded hashtags can provide more opportunities for unique consumer interaction, generic hashtags expose you to a wider range of people. The five most-used hashtags in the aforementioned study were (from first to fifth) #ContentMarketing, #SocialMedia, #Marketing, #Blogging and #SMM. Clearly, there is at least some level of power in using generic hashtags.

The general idea is that less is more when it comes to how you use hashtags. Even though using more hashtags might get you more visibility, the damage it does to your professional image online simply isn’t worth it.

They call out specific niche markets

If you have tweets that are geared toward one specific niche or audience, you can use hashtags to call them out. That’s a strategy straight out of the book of many savvy social influencers. While you might not get as many people noticing your tweets by using a hashtag for a specific niche, you are more likely to find people who are interested in that particular message. Not every tweet needs to be written with the whole world in mind. Sometimes tailoring your message for smaller audiences actually helps you find better success.

Many of the biggest influencers in the marketing/tech sphere are regularly attending conferences, trade shows and expos relating to their field. These events almost always have their own specific hashtag, so people can easily follow along with the developments at the event that day. Not only do these hashtags serve to keep people at the actual event connected and talking with each other, but they also help update followers about what they’re learning and experiencing at these events.

This is a general overview of the ways in which today’s biggest influencers in technology and marketing on Twitter use hashtags. We encourage you to follow influencers in your field, study their methods and engage with them in a way that creates a digital relationship and could potentially lead to you gaining followers of your own.

For more information about digital marketing and social media strategies to take with your small business, contact us today at Viral Solutions. 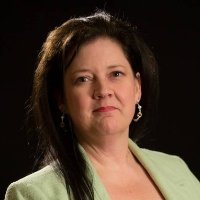 Prior to joining Viral Solutions, Christine held executive leadership roles at some of the largest small business consulting firms in the USA. Her experience includes leading direct reports of over 130 remote sales agents who generated $38mm in annual revenue. She obtained her Marketing degree from British Columbia Institute of Technology. Bring her C-Suite experience to your small business. Although our company is virtual, and we can work with you wherever you are located, she is located in Denver, Colorado and owns a second home in Vancouver, BC Canada.

We help overwhelmed small business owners duplicate themselves, so business can be fun again.