It’s probably no surprise that major platforms are changing the way they do things in 2017. Evolution is the name of the game for digital marketing.

With the flurry of updates and conversions, it’s difficult to know which digital marketing changes are important and which you don’t have to worry about.

Here’s what we think are some of the major shifts top players are making.

Google is now penalizing mobile sites using what they’ve termed “intrusive interstitials” (or pop-up ads) by pushing these sites lower in the rankings. Google wants an uncluttered experience for mobile users, so you’ll have to weigh whether that pop-up ad is worth it anymore. They’re also responding to Amazon’s Echo (see Voice Search) product with Google Assistant, which will make purchases on behalf of consumers.

Content is moving more and more toward the dynamic format of video—and Instagram is getting on board with its live video feature. Instagram’s popular “Stories” feature will now allow advertisements as well.

Facebook is responding to LinkedIn by now allowing users to apply for jobs directly from their site. LinkedIn makes about double what Facebook does per client, so the social network is upping its game to challenge the competition. They’re also responding to critics who say that their ad info is misleading. For example, Facebook is adopting more consistent standards for informing advertisers how many users saw their ad.

The social media site devoted to professionals is doing an overhaul of its website. The goal is to put a greater focus on content while also making LinkedIn more mobile friendly.

RELATED POST
Building a Brand Story: How to Do It Right

AdWords is introducing a “crawl budget” feature, which makes obtaining a strong crawl rate on Google a bit more sophisticated. They’ll also be changing how they count cross-device conversion rates to account for the common mobile-to-desktop conversion process many customers follow.

Popular with millennials and generation X, Snapchat is always pushing the envelope to make its experience better for users and became the-most-used app for twice as many users in 2016. This year, Snapchat will roll out components that should be popular among advertisers, including allowing for deep links and auto-fill lead generation forms.

The social media site dedicated to visual media is adding a visual search option in 2017. This means you’ll be able to search using a photo instead of text and immediately see pins related to your photo.

If you want to stay ahead with digital marketing in 2017, it’s crucial to efficiently use all the platforms above. Creating a strong online presence with an optimized experience for mobile users is the goal. Companies that are able to keep pace with the myriad changes in digital marketing will be well-positioned for success moving forward.

Queen of the Machine for Viral Solutions LLC

“If a brand genuinely wants to make a social contribution, it should start with who they are, not what they do. For only when a brand has defined itself and its core values can it identify causes or social responsibility initiatives that are in alignment with its authentic brand story.” ~ Simon Mainwaring 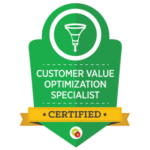 RELATED POST
Why and How to Personalize Your Transactional Emails

As Thomas’ daughter, Lindsey was introduced to the world of sales and marketing at an early age. Curious about what her dad did, Lindsey would jump at every opportunity to help and ride along on sales calls. Always quick to take charge and lead the group—a trait that has only grown with time—Lindsey was frequently told by her parents that she was destined to be a manager or CEO of some sort. While working toward earning her bachelor’s degree in human services from the University of Wisconsin-Oshkosh, Lindsey interned with the UW Office of Equality and Affirmative Action and served on several councils, which gave her the opportunity to develop her persuasive writing skills, researching skills, problem-solving skills, project management skills, and more. After working as the lead teacher of the 4-year-old room at the local daycare center, Lindsey decided to switch gears and join the Viral Solutions team. In her position, Lindsey is able to help clients think through an end goal and reverse engineer it into the steps needed to achieve it.

When she’s not working, Lindsey loves spending time with family, be it traveling somewhere together or just hanging out at home.