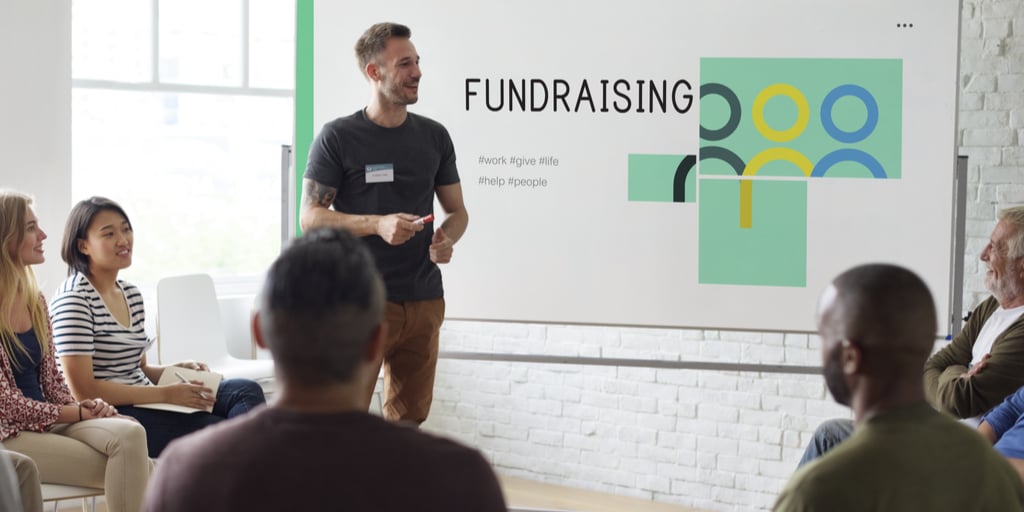 Fundraising Psychology: 5 Tips That Will Transform Your Fundraising Efforts

A nonprofit that saves thousands of lives should receive funding that is in alignment with its cause, don’t you think?

It makes sense, but in many cases, it isn’t the reality. In fact, many nonprofits that save thousands of lives receive much less than other causes that save only one life.

The effectiveness of your cause and the funds you receive to support your cause have nothing to do with each other. The key to effective fundraising is in understanding the psychology behind it.

Fundraising Psychology: Why Someone Gives & How to Use That Information

According to Future Fundraising Now, donors use mostly their primal brains when they are deciding whether they want to contribute to a cause. The primal brain is primitive. It is all about survival; therefore, it is somewhat irrational.

To understand the primal brain, it’s important to note that…

Here’s how that should translate into your fundraising efforts:

The primal brain is driven by emotions, so give it stories that speak to the heart.

The primal brain is all about survival; therefore, it cares mostly about itself, and it is more concerned with threats than opportunities. In the end, fundraising is all about making your supporters feel good, as pointed out by Greg Warner at Market Smart.

Your messaging needs to be clear, concrete, and simple because the primal brain doesn’t respond to things that are complex or abstract. The best way to keep things clear and avoid confusion is to be contrastable. Include very clear contrasts, such as before and after, risky vs. safe, and slow and fast in your messaging.

To make it tangible, it is important that donors know where their money is going. There is no tangible exchange that is being made since they are not walking away with a product after they make a purchase. Donations are, in essence, abstract; therefore, it is critical that you create a connection between their donation and the impact it will make. So, make it specific. Tell them what a $100 donation is going to purchase instead of just saying it will fight the overall cause.

The primal brain needs to hear things over and over again, and it responds best to stories because it remembers them more easily. So, tell impactful stories, put your most important information at the beginning of your message, be brief, be convincing, and repeat your point at the end.

The primal brain is very visual, so be sure to use visual storytelling as your primary messaging.

Now that you understand fundraising psychology, it’s time for some tips to help you put all of this into play so that your fundraising efforts are on a new level from here on out!

If you are using facts and statistics to demonstrate the severity of your cause, you are leaving most of your fundraising dollars on the table. While statistics provide proof of the issue, reading such figures doesn’t compel people to open up their wallets.

What compels people is hearing stories of individuals who have been impacted by your cause. This is a psychological concept known as the identifiable victim effect. Give people someone to root for—someone they can connect with emotionally—and (with each individual’s permission) tell their story. Include their name, pertinent aspects about them, the hardships they have endured, and how your organization has affected their life.

When you tell a victim’s story, it becomes more relatable, it speaks to the heart and the emotions, and it pulls the internal strings that make people want to contribute to the solution. It puts a face to the issue, which compels people exponentially more than faceless facts and numbers.

Even better is including visual storytelling in your message. There is nothing more captivating than an impactful story told in a visual way.

It has been found that when people are first asked to give their time for a cause, they often give more money than those who are asked just for monetary donations. Asking for their time makes them feel more involved and connected to the cause, even if they end up only donating money. It puts the focus on the overall experience and the feel-good emotions of giving back.

Invite your potential supporters to volunteer or to come to an informational meeting where they can learn more about how to get involved. Whether they volunteer or not, they will better understand your cause and will be more emotionally connected, incentivizing them to give more.

You might also ask them to take small steps, such as signing a petition. Each small step a person takes connects them to your cause, making donations feel in alignment with the support they’ve given your cause so far.

Another concept in fundraising psychology is the goal proximity effect. It means that you have a greater chance of getting donations when you are closer to achieving your goal. This happens because people want to align themselves with winners, so they want to help you reach your goal when you are almost there.

Call on your most devoted donors at the beginning of your fundraising campaign so that they get the ball rolling, giving you the momentum to finish strong with those who are more likely to show their support at the end.

4) Provide Opportunities for Your Supporters to Put in Effort

This psychological concept is called the martyrdom effect, and it means that people get satisfaction from hard work. You know this is true based on your own accomplishments. It’s the ones that don’t come so easily that give you the most satisfaction when you complete them.

If you give your supporters opportunities to participate and work hard to achieve a goal, their support will feel more meaningful to them, which inspires them to raise more money. For this aspect of fundraising psychology, think marathons, endurance events, and other challenges.

5) Go Against What You Would Think…Sometimes

In fundraising, things aren’t always cut and dry, and sometimes, it makes sense to go against what would seem to be normal. Here are 2 examples:

Don’t Assume the Effectiveness of Your Nonprofit Speaks for Itself

We can’t assume that donors are giving for social impact. In reality, the decision to donate is influenced by many factors, such as the following:

You might think it makes sense to focus on the size of the issue you are working to resolve, but that has actually been shown to backfire. This is because people want to know that they can help the largest portion of the people affected by the issue, even if that is a smaller number of people. For example, they would rather save all 100 people on an airplane than save 1,000 out of 10,000 people affected by a disease.

Again, the primal brain is irrational.

Also, donations don’t tend to go up according to the scope of the issue. For example, someone who is willing to donate $100 to help one person might only donate $250 to a cause for thousands of people. Consider breaking big issues into smaller causes (villages, families, individuals, etc.) to bring the scale to a relatable size.

When you understand fundraising psychology, you can create fundraising campaigns that drive people to support your cause in bigger and better ways than you ever thought possible. You’ll match their emotional desires and help them make a contribution to something that speaks to their hearts and brings meaning to their lives. Happy fundraising!

At Viral Solutions we are committed to seeing YOU succeed. It is our goal to grow your business with proven digital marketing strategies that will help your business for the long haul.

Stay Up To Speed in the Ever Changing World of Marketing!

Sign-up today for FREE, monthly marketing tips, loopholes, and news to EXPLODE your Return on Investment!

Share your knowledge and gain exposure by becoming a guest author on our blog! Learn how to write for us.